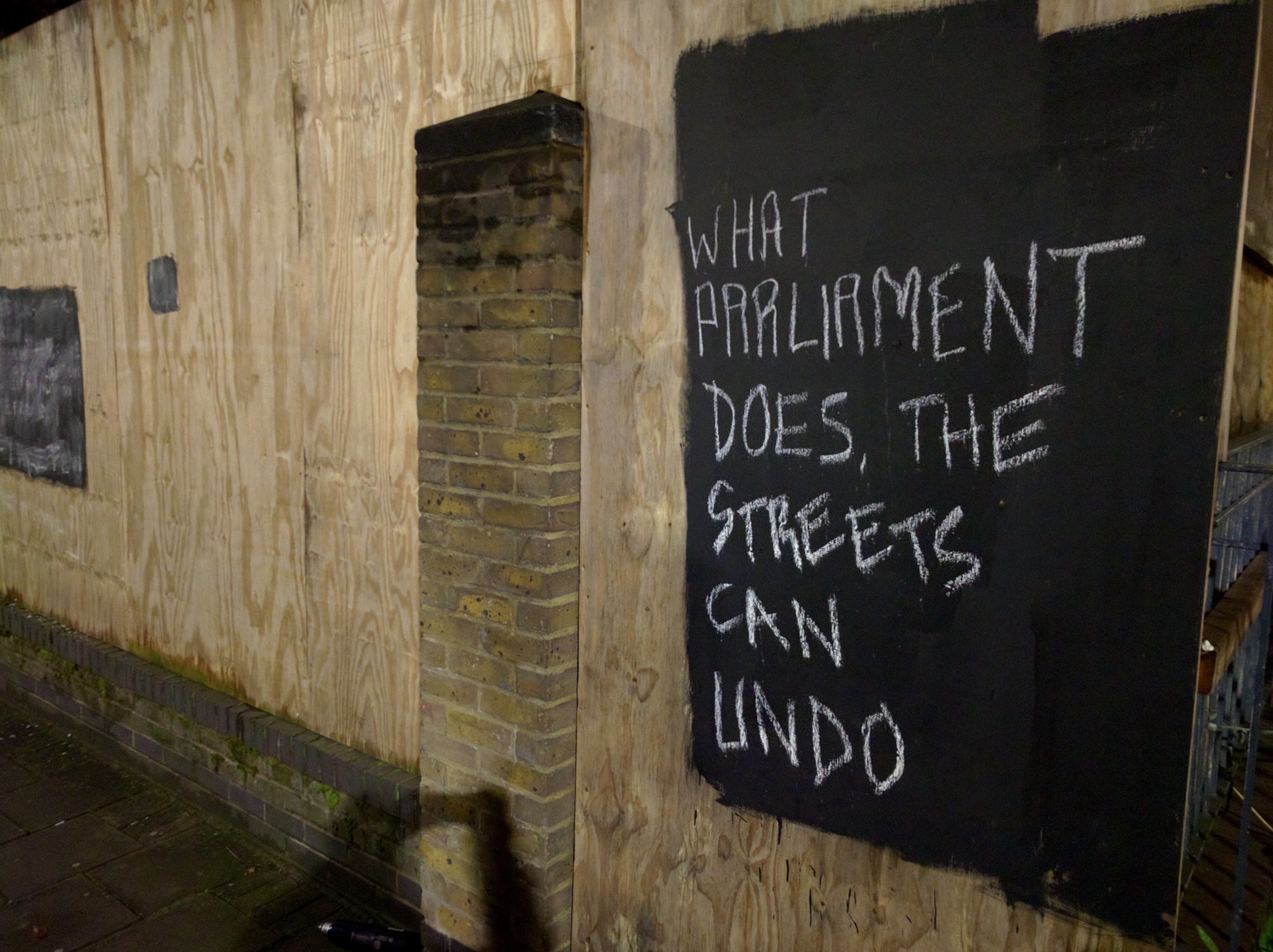 [vc_row][vc_column width=”1/4″][/vc_column][vc_column width=”1/2″][vc_column_text]It’s ‘the thing’ to talk about disruption nowadays. When entrepreneurs and geeks discuss it, they’re usually referring to some sort of technology which will revolutionise the way that something’s traditionally been done, like taking taxis (Uber), or shopping (Amazon), or going on holiday (airbnb).

But frankly that’s just the tip of the iceberg. It’s all very well to disrupt a few niche industries (or some major ones) but wouldn’t it be great if we could disrupt much bigger things? Like healthcare, politics, the environment, poverty, racism, human rights, peace?

I know it sounds ridiculous, but what’s to stop us apart from the status quo? And frankly, shouldn’t we all be able to hope for whatever we want?

But what do we want? The world has changed… we no longer define ourselves by the land of our birth, our religion or our family alone. Today, we’re all citizens of cyberspace, forming tribes, groups, and relationships with others, some of whom live in different towns and cities, some in different countries. United by common beliefs, interests and values that have nothing to do with our physical surroundings. People spend so much time online that they begin to glean an international view of the globe, where local and national laws and politics seem meaningless compared to the bigger issues affecting the entire planet. What we want is no longer restricted to where we are, it’s where we’re going.

Look, no one is denying that the system is broken. No one is claiming that we’re doing things the best way possible. No one is protesting that there’s no other way to do things. And yet nothing seems to change.

There Are Lies, Damned Lies, and Politicians

Politics is a prime example and it’s ripe for change. After all, it’s been more than 300 years since the Bill of Rights. Who trusts politicians these days? Fact is, only 13% of us trust them to tell us the truth. That means they’re now the group that people most mistrust, even more than journalists. Government ministers fare little better. Just 16% of the UK population believe they’re truthful.

Something has got to be done. Politics has got to be radically altered to encourage people to get on board. Other countries have tried various options with varying degrees of success, but none have radically changed the way politics works. Perhaps it’s the party system that’s at fault. With so few parties, the all-encompassing nature of a manifesto can’t please everyone. Who knows? What is clear is that no one has looked at technology to see how that might make a difference, how that might make the business of government better.

Sometimes it takes brute force to change. Advertising is my main area of expertise and experience, and it’s also a great example of how technology has compelled an entire industry to radically change the way things are done. When I started out, there were things called ‘Advertising Agencies’ that created and placed commercials, posters and press ads. There were ‘below the line’ agencies too, that specialised in direct mail and shelf wobblers.

Technology has totally disrupted that industry. The new, improved, evolved Advertising industry now includes companies specialising in Social, Experiential, Ambient, Online, Content, Placement, and Mobile, as well as TV, Cinema Press, Print and Outdoor. Not to mention the different ways there now are to buy the media that this material uses as a carrier.

And now there are companies whose sole purpose is actually only to defend the public from advertising. Advertisers at one time needed only to concern themselves with the fast forward button. Now Ad blockers and data obfuscation apps are the bane of online advertising and its concomitant income streams. So advertising has to think yet again about change.

“Man is free at the moment he wishes to be.” Voltaire

And that’s just one relatively small industry. Bigger picture stuff like healthcare, politics, the environment, poverty, racism, human rights, and world peace will take time to come around to the brutal fact that it simply has no option but to move on. ‘Because that’s the way it’s always been done’ is longer an excuse.