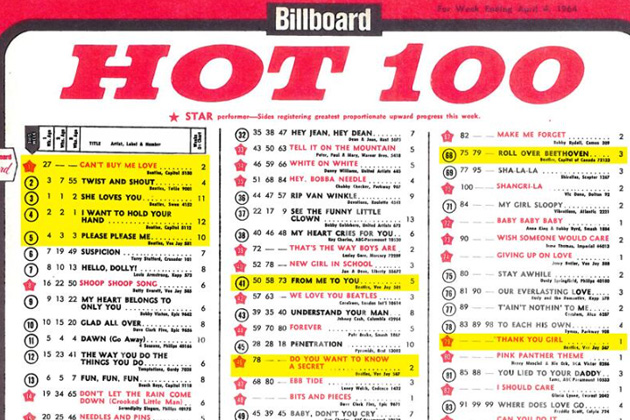 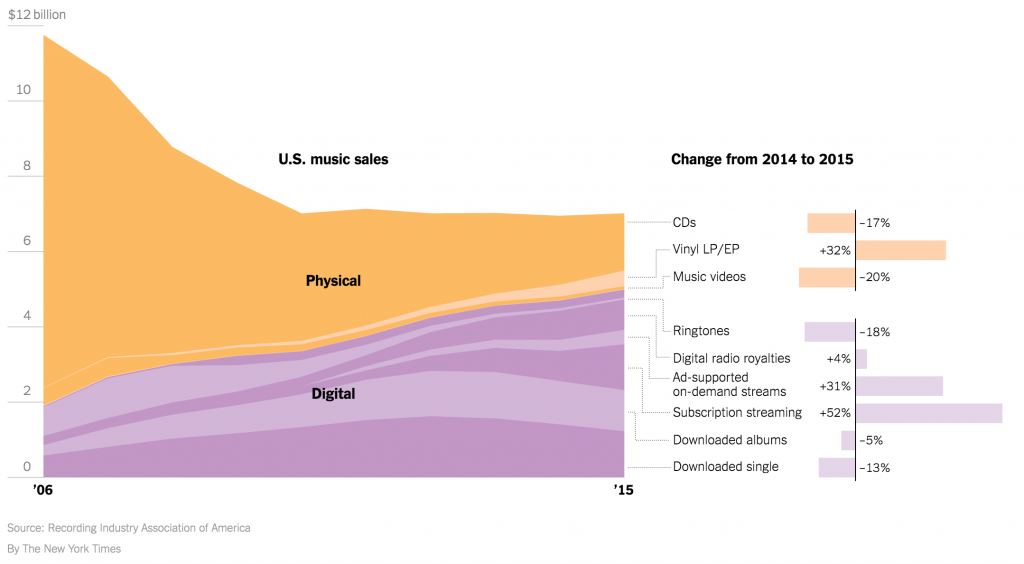 In fact, it has been flat since 2010 with a total annual revenue of around $7 billion static for the last five years. Actually, that number is flawed as it doesn’t take into account revenue from live performance and merchandise, which according to some experts accounts for 70% of the total worth of the industry. And that side of the coin is slowly increasing. As is the sale of Vinyl which, although still tiny, has grown by a massive 64% in 2015.

What has really changed is that in 2010, the music sales revenue total was split between digital and physical about 50:50. Whereas today, that is looking more like 70:30. And what’s true in America is also true of the UK. The ratios here are much the same according to the BPI, although the industry total is only about £1bn

In a world where zero growth is seen as failure, this is not good. But is a static $7bn really zero growth? Digital sales have increased from less than $2bn a decade ago to more than $5bn today.

And that’s with the average digital streamed track generating around half a cent.

My feeling is that it’s the model which is changing and that actually although the bottom line is currently static, the rising tide of digital is where the actual growth is. We are actually at the calm eye of the storm as digital gradually takes over from physical, and that this growth of digital will continue and ultimately surpass physical, leading to overall growth of the business over time leading to a positive U-shaped curve.

Want a Number One? It’s not as hard as you think.

Talking of pop charts, guess what will get you to the top of the ‘hit parade’ in 2016? Well, the average last year was 98,000 sales/plays/streams etc.

It’s not that much really, and to get into the top ten, you only need 30,000! How? Well, the chart is measured by several means… here are the eligible formats.

Given some of the more popular social media players around, that shouldn’t be a particularly difficult target to achieve.